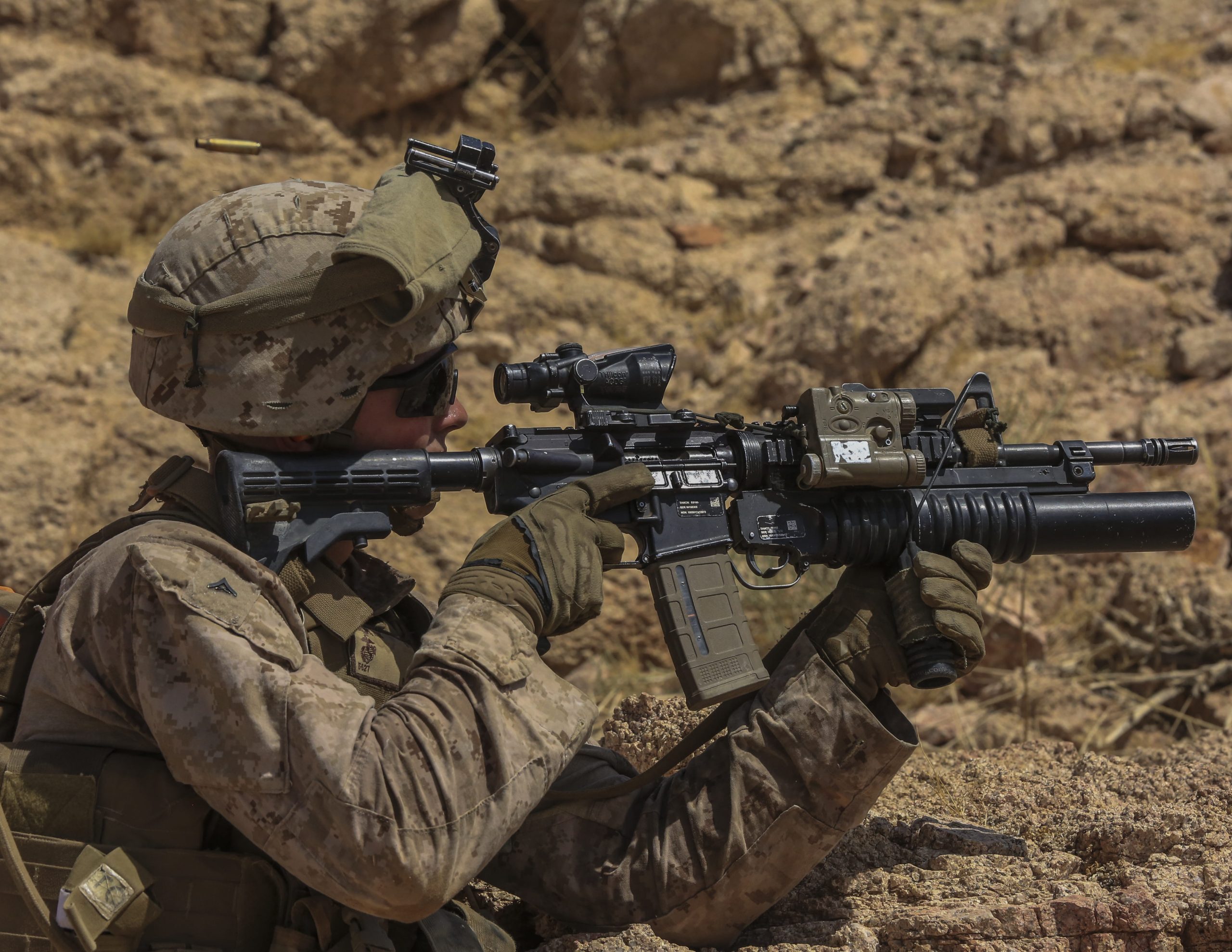 Finally on the 20th anniversary of the attack in Afghanistan, Biden administration is all set to withdraw its forces from Afghanistan. This is aimed to end the longest war that America has been fighting since 2001 outside their soil.  This war has cost 2400 American lives, thousands of injured/disabled for life soldiers, and over US$ 2 trillion defense expenditure but it is yet debatable whether or not USA has achieved its stated objectives. The only face saving they will carry back home is that USA was successful in killing the most wanted person on the planet, Osama Bin Laden. Future of Afghanistan after the US withdrawal is shrouded in doubts.

Initially, with support from local afghan militias and heavy air strikes by US air force, Taliban were pushed out from all major cities and absconded towards the mountainous regions of south bordering Pakistan. Such quick successes were widely praised and Karzai Government gained control in most parts of the country. I myself visited Afghanistan in June 2005 to execute a grant aid project under Japanese grant and that was indeed the most peaceful time in Afghanistan. Millions of dollars were spent by US and its allies embarked on state building mission and part of this mission was to establish national security forces and strengthen them through training, infrastructure and resources. However, it didn’t really work out and despite that ANA/ANP gradually taken over control from US/NATO troops in most areas, they could not sustain well against the well-trained insurgents and so far, lost a total of 66,000 lives which are way higher than US soldiers died in two decades.

The future of Afghanistan’s political architecture is shrouded in doubt.

This war was started with unanimous support from all corners and it was being expected that, with hundreds of thousands of troops from America and NATO forces, and huge pool of resources from USA, its allies and international organizations like UN, WB, EC, JICA, ADB, KFW etc., the fate of this war would be different than what British faced in 1842 during the Anglo-Afghan War OR Soviet Union had to go through in 1980s. Unfortunately, that has not been the case and it turned out to be same long bloody and unpopular war which led the upcoming administrations to continue to lose focus and resolve to win it at first place.

The deadline set in Trump’s deal with Taliban was believed to be too short from the day one, especially when large part of the year 2020 was supposed to be consumed in US elections and transition of power to the new administration. Therefore, it was being expected that Biden administration will end up extending the withdrawal date, which finally they did, despite of Pentagon’s warnings that it could drift Afghanistan into another civil war. On the other side, Taliban have refused to accept the decision of President Biden to postpone the withdrawal from May to September this year and calling it a breach of agreement which they had signed with Trump administration in February 2020 in Doha.

Pakistan’s role in the peace process

Now US is expecting Pakistan to get the Taliban to agree to the extension in US forces presences for few more months. Let’s assume, Pakistan will be able to convince Taliban to wait till September 2021, it is hard to rule out that Taliban will not start attacking American and Coalition troops which they have been warning to exercise in case of any breach to the deadline. If they do, will US refrain from giving a forceful response and rather focus on its withdrawal and efforts for negotiation on Afghan peace process OR we will see both sides getting back to battlefield confrontations leading to a never-ending war in Afghanistan?

Probably due to what US has done to Pakistan back in 1989 after the Soviet Union retreat from Afghanistan, this time Pakistan successfully defied US and continued to maintain its strategy of what it calls a “strategic depth” in Afghanistan, despite the numerous demands of “Do More” from various American administrations.  This strategy has so far proved well as Pakistan is again at the same stage when Americans are preparing to withdraw from Afghanistan and leave the mess for the them to deal, to ensure that insurgency doesn’t infiltrate back on Pakistan’s soil.

It seems that despite resistance from Taliban, Pakistan will be able to convince them to accept the power sharing in the interim Government because Pakistan is aware that it will pave the way for a long-term political solution. Furthermore, after the withdrawal of international forces, Pakistan doesn’t want another civil war to start as that could allow Al Qaeda and ISIS to gain back grounds in Afghanistan. Pakistan has so far been supporting International efforts to leverage its influence on Taliban to negotiate and reach to a long-lasting peace agreement.

US wants to capitalize on regional support to deal with post withdrawal peace process and giving Russia, China, Pakistan, Iran and India the role in developing a coalesced approach to the peace process. In this regard, the idea of “participatory peace government” is being tabled by the US administration as part of their broader strategy. Ghani’s led Afghan Government has objected to this plan but has so far failed to present an alternate solution that could meet local and international support.

Peaceful Afghanistan is the need of all regional players. Beside any economic and political factors, China needs a stable Afghanistan to avoid insurgency in their neighboring Xinjiang province. Iran needs peaceful Afghanistan to avoid mounting their issue of Islamic Khurasan State so they need to establish a good working relationship with Taliban to stop support coming from their side. Pakistan has already suffered a huge loss from terrorism and finally after a long and hectic war won this battle against terrorism so going back to square one isn’t the option anymore.

President Ashraf Ghani wrote an article early this month calling US withdrawal a turning point for the country and neighbors. He sees this to be an opportunity for Afghans to achieve their long-desired sovereignty but he is also afraid that Taliban are not really interested for peace but only seems hungry for power.  He is foreseeing two possible problems; (a) the situation of uncertainty could incline people to flee from the country which would cause refugee crisis like already happened before, (b) unsmooth and disorderly transition could create a command-and-control crisis within the security infrastructure and their forces like ANA & ANP could collapse.

Hilary Clinton also raised similar concerns and warned that there could be huge consequences from Biden’s decision to withdraw from Afghanistan. The biggest threat she feels is that in case transition of power doesn’t go as per plan then Kabul Government could potentially collapse and Taliban might take over which would lead to resumption of global terrorist activities in the Islamic State putting everyone back to 2001 situation.

Taliban has been playing smartly and have not only gained the position of political legitimacy but over the years they have also developed their political credibility through building relations with other regional players as well. Back in 2001, Taliban were only seen as Pakistan’s lynchpin but now they have evolved their relations with Iran, India, China and Russia.  Therefore, they are all set to influence the Afghanistan’s new power sharing structure.

While everyone is hopeful that Taliban will take this opportunity to gain a major stake in the Government through legitimate means, however, one must not forget, that their ideology and understanding of governance has not evolved much over the past two decades and they are still seemingly stuck with the same old type of governance model based on brutal totalitarian system which stands on their own narrow interpretation of Islam and Sharia. The most recent attack outside girls secondary school killing more than 60 innocent students is a sign that they are stepping up to implement their old beliefs of closing girls school and limiting freedom of movement for women. Taliban has so far denied the involvement and only time will tell if blames of Afghan Government are true or some other potential hidden forces are trying to sabotage the peace process.

Since US is mainly leaving the crisis for the regional players to handle through an active role after its withdrawal, so along with a consensus between the different stakeholders in Afghanistan, a mutually acceptable role of each regional player is also vital to be agreed upon. The biggest hurdle in this case is the relationship between India and Pakistan. One of the major reasons behind Pakistan’s backing of Taliban has been to minimize India’s role in Afghanistan since Pakistan believes that leaders of northern alliance are more inclined towards India. Pakistan is, and will continue to ensure, that a minimum or no role is given to India in the new power infrastructure in Afghanistan. Compare to India, Pakistan has a strong negotiating position because of their strong influence over Taliban who are the biggest factor for success or failure of the peace process.

It is easy for US to withdraw its troops and never look back but that is not the viable option. US has already done this in past but the civil war and chaos they left behind forced them to come back only after a decade. They must ensure that peace process is successfully and smoothly completed and transition of power takes place without going back to 90s situation. US must ensure that not only power sharing formula is agreed upon, but a long-term commitment for financial support is also guaranteed to let the new system function for sometimes and gradually evolve itself to ensure a sovereign and peaceful Afghanistan.

One thing that regional players must never forget is that they shall be seen as Afghan’s friend as long as they continue to contribute in diplomatic efforts for an inclusive peace agreement. However, as soon as any of these countries decide to send their troops in Afghanistan, even if they are termed as “peacekeeping missions”, they will be immediately treated as the enemies of Afghanistan. Therefore, all powers must ensure that after the US withdrawal from Afghanistan, Afghans should be able to police themselves as only then a lasting peace can be achieved.