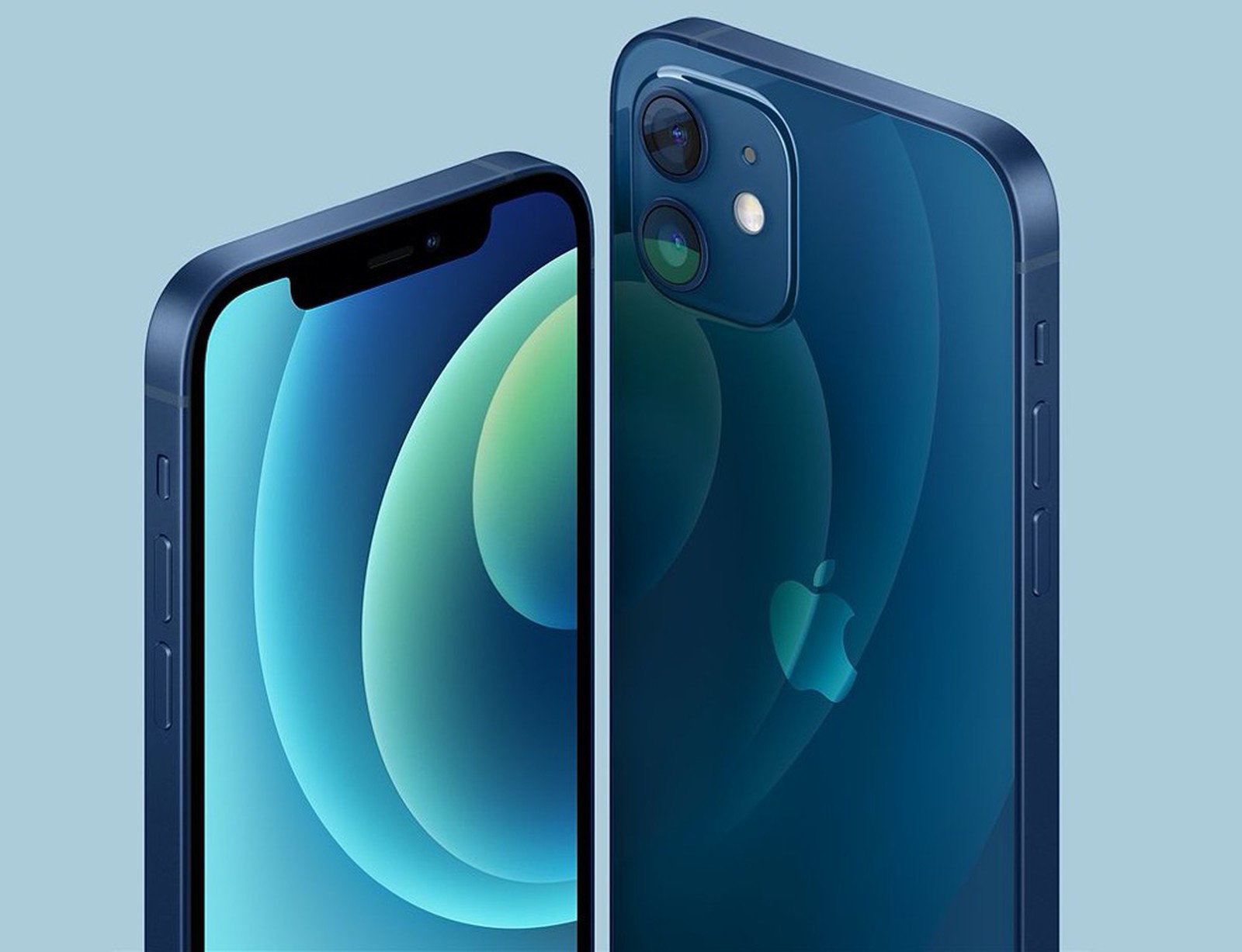 Hype of new iPhone in 2020 was far greater than ever before.  The excitement level of iPhone enthusiasts kept on increasing as the leaks started to appear. The leaks suggested that upcoming iPhone shall be packed with massive upgrades.  On October 13, 2020 Apple unveiled its newest flagship phones (4 models) in a virtual launch event. These new phones offer powerful features but should you upgrade to iPhone 12 is the question that we will try to answer in this article.

Apple is notorious for keeping design changes very slow and not making innovative changes from one product generation to another. The best example is Apple sticking itself to the top-notch design which every other flagship phone has left behind years ago. Apple users will have to wait probably for one more year to get away with notch. Prior to iphone 12, the biggest design change was made by Apple for iPhone X. Thereafter following two generations offered mere specifications upgrades.

iPhone 12 comes in iPhone 4 like design but with massive improvements otherwise, like slimmer size, powerful battery, amazing pro level camera and, last but not least, toughest screen ever built on any phone.

There are few usual upgrades that every new iPhone offers like faster processor, better camera and improved battery time. This time the most talked about upgrades are first line-up of 5G phones and MagSafe accessories eco system. The question is should you upgrade to iPhone 12? I have tried to put down a short guide that would help you make a decision. Let’s explore:

This time, design is a major change in the iPhone lineup. The design is a combination of iPhone 11 and iPhone 5S. Similar to 2013 iPhone 5S model, flat edge design is back. This new look is similar to iPad Pro design which has been well received by the consumers. iPhone 12 has an aluminum frame whereas Pro versions come with stainless steel in a glossy finish. iPhone 12 has a glass on its back while iPhone 12 Pro models have fingerprint resistant mate finish. Should you need to upgrade to the new iPhone only because of this new design? Share your views in the comments below.

This time Apple offers 6.1in Super Retina XDR OLED Display for all four models in the lineup introduced by them. Previously OLED technology was only introduced in “Pro” iPhone Models and normal iPhone were offered with LCD display. This is a big upgrades for those who want to buy flagship device on a budget and enjoy “Pro” level screen display experience.  Thanks to thinner bezels, iPhone 12 is 4.2mm shorter and narrower, 1.3mm thinner and significantly 32g lighter while still offering the same 6.1in screen. The display has been made more brighter with higher pixel density.

The iPhone 12 model comes with the same 2532×1170 resolution as the iPhone 12 Pro at 460 ppi. However, the smaller size model of iPhone 12 called “iPhone 12 mini” has a 2340×1080 resolution at 476 ppi. The only difference between iPhone 12 and iPhone 12 Pro is higher screen brightness in the Pro lineup. Last but not least, the new iPhone lineup has first of its kind offering of “Ceramic Shield” which as per Apple’s claim makes it the toughest screen in the world and offers four times better drop protection. Should you need to upgrade to the new iPhone only for the sake of Ceramic Shield is still a big question.

Upto 73% discount on Mobile Accessories – only on BARQ.pk

While we talk about the good things about the new line up, there is one thing that Apple has left for the next upgrade which is higher screen refresh rate. Recently almost all flagship device come with 90 or 120 Hz refresh rate but iPhone will still offer 60Hz instead. It was still possible to accept a lower refresh rate for standard iPhone 12 but not getting this in iPhone 12 Pro and 12 Pro Max is disappointing.

All four models of iPhone has same A14 Bionic Chip. This is the first chip from Apple that is built on 5-nanometer process. This is the same chip that is expected to be included in iMac computers. Apple claim that 6-core CPU and 4-core GPU processor is 50% faster than any other flagship device currently available in the market. For an average user, it is quite difficult to even reach the maximum performance speed of iPhone 11 Pro so there will be no significant noticeable difference between this and preceding model. The good news is that this powerful processor will be good enough to be compatible with increasing performance requirements for at least 2-3 or even 5 years.

There is a 16-core neural engine that is capable of completing 11 trillion operations per second. This is 80 percent faster than previous generation. A14 Bionic Chip offers 70% faster machine learning acceleration.

Apple released its latest operating system iOS 14 in September 2020 which has some major visual upgrades in the user experience. This is by far the biggest design change ever made by Apple for iPhones. These were long awaited upgrades since every iPhone user has been missing widgets on the home screen for decades. Though these widgets works exactly like those in Android but the choices are still limited and still a long way to catch its rival. Apple’s translate is also a welcome addition which shows Apple’s intention to gradually reduce its dependence on Google.

iPhone 12 are the first phone series from Apple to have 5G connectivity. This is an exciting addition for many iPhone enthusiast but I doubt it would be utilized in most countries for at least 1-2 years. However, 5G connectivity addition makes iPhone 12 the most future proof phone which will remain in use for at least a decade. Once 5G is widely available around the world, iPhone 11 earlier versions will become obsolete as they will no longer remain the first choice of most consumers. In that respect, this is a real jump into a next generation of phones.

Apple’s forte has been to create a unique ecosystem of apps and accessories that differentiate it from other smart phone manufacturers. Following the same philosophy, iPhone 12 line up is introduced with MagSafe charger and other magnetic accessories. All iPhone 12 models are built with magnetic ring which conveniently work with MagSafe 15W chargers. The charging speed of MagSafe is quite impressive as it takes about 1 hour to charge iPhone 12 upto 50% which is almost double then charging with USB-C cable.

Apple’s ecosystem allows them to not only make money from the phones but from the accessories as well. This time, a complete range of MagSafe cases, wallets attachments and charger are designed to use with iPhone 12. With passage time a large variety of third-party accessories will also hit the market making it convenient and financially viable for many users to adopt to this ecosystem.

Apple will not tell but the batteries installed in iPhone 12 are much smaller in size compare to other flagship devices being offered in the market. According to teardown reports, iPhone 12 is equipped with 2815mAh battery. Apple is mainly counting on its optimization to ensure that battery doesn’t drain down very fast. This battery can last upto 17 hours on video playback and upto 11 hours on video streaming playback.

Battery drain speed gets faster when connected on 5G network compare to LTE networks. Apple has tried to cover it up with Data Saver Model which will automatically switch the connectivity to LTE when 5G connectivity is not needed. This raises a big question on the efficiency of this mode and whether or not it can reach similar speed as like other Android phones.

If all four models of iPhone 12 are compared, iPhone 12 and 12 Mini are equipped with same camera setup. iPhone 12 Pro adds an additional telephoto camera and LIDAR for depth measurement and low light focusing. The major upgrades come with iPhone 12 Pro Max which has a larger main camera sensor and enhanced image stabilization.

in terms of hardware, there are no major hardware changes in the Camera set up between iPhone 11 and 12. There is no change in the sensors and lenses this time except a slight change in the main wide-angle camera whose aperture rate is reduced from 1.8 aperture to 1.6. This will allow photos to be more brighter compare to iPhone 11. Apple’s Deep Fusion algorithm helps in overall improved image performance and fine details.

Overall, though there is improvement between iPhone 11 & 12 but those not good enough to be a key decisive factor in opting for an upgrade. This is another reason to think should you upgrade to iPhone 12 for the less significant improvements? iPhones have always been known for its good cameras but seems like Apple has decided to currently get-away with 5G and MagSafe addition and Camera upgrades are left for next year.

With major changes in the design and iOS 14 updates in home screen widgets, iPhone 12 certainly feels new and best choice for iPhone lovers. The new design is good but since people have already experienced this design in 2010-2013 models whether someone would buy this only to get the feeling of new phone is a big question mark. Overall, there is not much difference between iPhone 11 and 12 that could excite anyone to upgrade from the previous version.

if someone already has an iPhone X or 11 which is working just fine then this new phone doesn’t offer anything so unique that could be considered a-must-have feature and could compel someone to upgrade. This conclusion is certainly not applicable to everyone since there would still be millions of iPhone enthusiasts who would be eagerly waiting to upgrade regardless of the cost versus low benefit analysis. The iPhone 11 and iPhone 11 Pro have extremely efficient A13 Bionic chipsets, powerful battery and exceptional cameras so why should you upgrade to iPhone 12 is something to consider seriously. This doesn’t mean that iPhone 12 isn’t a good upgrade, it certainly is, but only as much that you can easily hold off for at least another year.

If you are a professional content creator or photographer, then upgrading to iPhone 12 will definitely add lots of value to your work as new software improvements and hardware changes will give you a rewarding experience.

Nonetheless, like every iPhone, if you buy it and start using it, you would definitely love this.